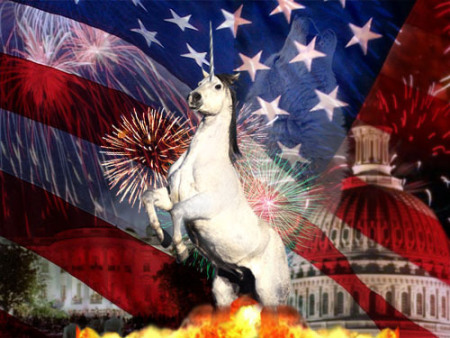 The hyped and engineered “race war” the existing establishment in the United States desires is a long-term strategy of tension with numerous historical precedents. To say this tension is exacerbated and stoked by the ruling liberal elite is not to say the difference are not real. On the contrary, cultures and civilizations produce different societies as a natural result of the soul of that people, and this is a good thing. In reality “diversity” is a natural good, as well as the rightful existence of different ethnoi, a classical Orthodox notion. In our day, however, with the rise of atomistic individualism post-enlightenment, “diversity” is now an fundamental dogma of doublethink where the subversive goal of “diversity” is the obliteration of real distinctions and differences.

It is through this crucial contradiction and Orwellian doublemind that two completely oppositional notions are held simultaneously in the minds of the liberal western world. On the one hand, the United States and the liberal West purport to represent “democracy,” “freedom” and egalitarianism, while waging wars of foreign aggression for the establishment of the “Pax Americana,” while extorting the natural resources and inverting and destroying the cultural heritages of nations guilty of the heinous crime of being diverse from the U.S.’s liberal imperium. In this regard, diversity as an ideology is a managed dialectic that exists in the minds of many westerns, still (though there are many signs this facade is beginning to wane).

The dark, inner logic of this imperium is precisely self-destructive to the domestic population, as well as the nations where it spreads its aggression, be it through the soft power of NGOs, think tanks and cultural toxicity, or through outright war or proxy attacks. The “open society” is open only to the dominance of the anti-human collective, a collectivist identity only united in its foundational premise of negative liberty which, in political philosophy, denotes a philosophical starting point of negation of collective obligations and ontological realities. It is in this sense that America now represents the actual Brave New World, fulfilling the alchemical prophecy of Bacon, as the engine of the Atlanticist powers, a great machine by which to project full spectrum subversion upon the globe under the laughable guise of “human rights.”

Enlightenment ideas of liberty as liberty-from all external constraints embodied in the state must logically extend to what, in philosophy is sometimes called epistemic self-consciousness. This means a worldview or belief system will, over time, become more consistent with its foundational premises. If those beliefs are contradictory, as many of the Enlightenment empiricists’ views were, progeny will feel these effects, where the guiding geist moves these societies towards more internal consistency. This consistency can have a dark side, as mentioned, where the false can become more false and more corrupt. This is the case with America as the Enlightenment experiment having chosen as its destiny the Satanic, to develop as the anti-Imperial Imperium. As such, it is now inherent within the anti-logic logic of America to raise the worst, exalt the worst, and seek to subvert globally.

Seen in this way, America as a global force and ideology, has become a kind of shell, a simulacrum of a nation, an anti-metaphysical imperium at war with all that is traditional, natural and organic. Energized with all the force of demonic fury that characterizes the rings of Dante’s Inferno, the LSDisnelyand nightmare must be extended globally to bring the post-human imperium of a fanatical monoculture whose war on distinctions and real diversity eats its own “humanism” like a self-devouring ouroboros. In this sense, the ouroboros is a perfect dialectical symbol of the classical mythos of America as both the Brave New World and Atlantis. It’s a necromantic sorcerer’s Atlantis where the alchemical cauldron of black and white men must be combined into violent chemical reaction to dissolve and destroy both ethnoi (as well as all others), arising from the fact the ruling elite seek to become post-human.