Japanese-American actor Cary-Hiroyuki Tagawa was baptized into the Orthodox Christian faith on November 13th, 2015, taking the name of Panteleimon. Playing a yakuza gangster who becomes an Orthodox priest in the new Russian film Yerei-San, Tagawa shares his life experience with a journalist of the publication PravMir. His reflections show the unbreakable spirit of a samurai, and now a warrior of Christ. Translated by Mark Hackard.

Not Soldiers, But Warriors

In the history of my family, there is a connection to Russia. While my father was in the US military, he studied Russian. And my uncle, who was a famous singer in the 1960s, came to Moscow every year to perform concerts. He also spoke and sang songs in Russian, and therefore he is a part of my history tied to Russia.

I was impressed by the depth of Russian people. This was the first thing that struck me. Your soul, heart, and mind are very distinctive from American thought and absolutely distinctive from European thought. You descend from some deep energy that is felt completely.

I grew up in America, and the Japanese part of my soul helped me to survive, even if I were far from my homeland. When I came to Russia, I felt that the element that I have in me from Japan was very close to the soul and heart of Russians. And the main thing I noticed was namely the similarity of characters and souls of these two peoples: both you and we are not soldiers, but warriors.

A little later today I will convert to the Orthodox faith and begin my religious path. On my path shall be completed the full circle of conversion to Christianity. 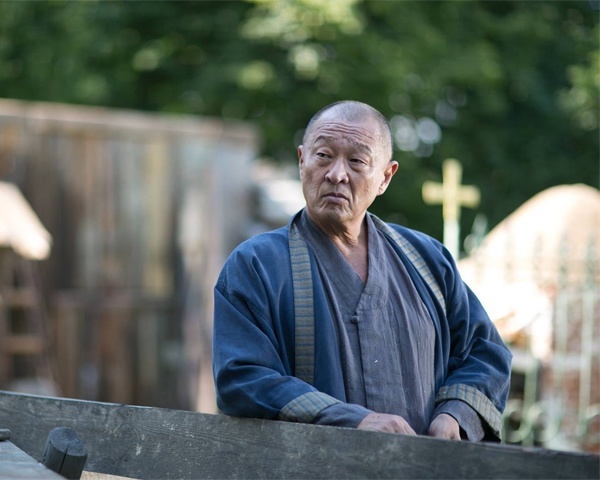 My father served in Hawaii in US military service. My mother was of very conservative Japanese culture and views, very much of Samurai energy and character, and with an imperial Japanese military outlook. In our family, therefore, there were two countries: the United States Army and the Japanese Navy (laughing). This chasm was simply enormous. My fate was to unite the best of both sides of that chasm.

I grew up in Louisiana, North Carolina, and Texas – in the worst parts of America. With full responsibility and seriousness, I can say I grew up in hell. Therefore, if we are talking about a path, about hell, then overall that’s not a theory for me, but life in practice that I underwent. And my reed of salvation was my mother’s character. She always inspired me to be proud I was Japanese. Never to surrender and always to be the victor. That’s a lot for a six-year-old child.

I managed to make it in America and find my way – without battles and fighting, but also never giving up. From elementary school I had chosen my path – to unite people and lead them while not fighting. Not to fight and not to give up, but to be a leader. This was difficult, but in that there was success. And this success doesn’t mean that I fit into society; it just means that I became successful. It doesn’t mean that people understood me.

I built up a whole shortage of honorable and positive emotions connected with success within me. And everything I wanted to connect with deep culture, everything that I couldn’t connect with American culture, I am connecting with you. I feel the love and respect of Russians in relation to the Japanese, to our principles, to honor and dignity. When I see Russian martial arts fighters, I immediately understand the, and they me. 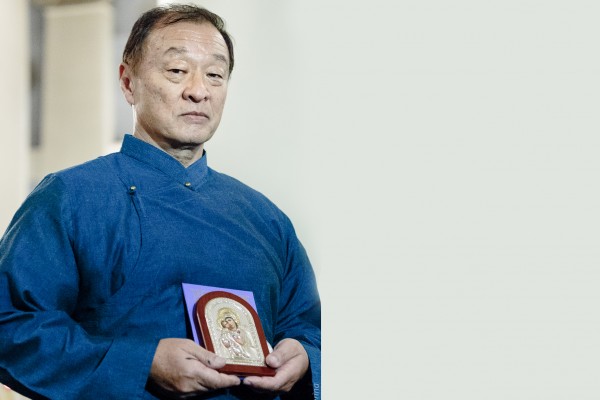 Cary-Hiroyuki Tagawa on the day of his baptism into Orthodox Christianity. Photo: PravMir

And because I have this connection with Mother Russia, not simply Russia, but Mother Russia, I want to be a part of you. I want to share love and respect with you as an actor, and I can be a teacher overall – I’m already a grown man. Therefore now, when my path in the Orthodox faith is beginning, the entire circle of Christianity has been traveled, beginning from the experience of Christianity I had in America, I want to announce to you that I plan to get Russian citizenship.

I know this looks somewhat strange, as if I’m an athlete from America or a Hollywood actor, something new and a generally fashionable phenomenon, a new trend as such.

But my decision comes from a pure heart, from that path I underwent through suffering and pain, and from the understanding that the most important things in life are nonetheless the soul and the heart.

I understand that in the world right now there are a lot of problems and conflicts, and there are no simple solutions. Everything is sufficiently complicated, but also in America everything isn’t simple overall. This is a new trial.

This film is very close to my life. Before he became a priest in the film, my character was a yakuza, not even a samurai. But he had principles, the principles of a Samurai. And he left that world and became a priest. And when I conducted my own research of this subject, I discovered that there were indeed several yakuza who became priests. And now I also feel in my life that I am setting down my samurai armor and am ready to put on the robe of the priest.

I would like to share much from my experience of namely the martial arts, but not from the position of fighting.

When I was still only beginning to practice martial arts, the first thing I grasped was that any fight leads to an even bigger fight. The Chinese say that if you see an unresolved conflict, immediately dig two graves (I might translate this inaccurately now): one for yourself, the other for your opponent.

I have enormous respect for people who study martial arts and devote their whole life to this. The idea is sooner not in fighting itself as in the attitude to single combat, that this is the other side of martial arts, another view. When arrows first struck warriors, from that acupuncture practically began as a science. Therefore, from that position, martial arts are interesting to me not from the point of view of teaching how to fight, but to find new paths for the healing of the soul and body. And that is already a new stage. Perhaps that sounds simple, but this is related to love.

The meaning of the word “samurai” is “to serve,” to serve the good, to serve love, and for that you need to have love and a soul within yourself. A true warrior should have love and compassion in his soul in order to practice martial arts. I included also train fighters, and I could do this. And for me it would be very exciting and interesting to train Russian fighters.