I grew up loving George Miller’s post-apocalyptic Mad Max series. All of us, like rubber-neckers at an accident, have some inner fascination with the potential for a complete collapse and destruction of the existing order and the hope for something new, and often the human imagination projects such yearnings into art in a unique way. The energy of revolutionary impulse, ever tied to this desire for radical change, has long been harnessed and utilized for subversive ends by historical power blocs, and in our day, the explosion of apocalypse-themed novels, films, graphic novels and art reflects this inner want, but the manipulation now functions on a much larger scale.

Arising from Cold War terrors of constant media-hyped threats of nuclear war, engineered apocalypticism was discovered to be a powerful tool of social engineering in psychological warfare. What if, instead of actually destroying things on a mass scale, the public psyche could simply be inundated with the constant fear of such a disaster?  Much cheaper, and still very effective, fear brings impotence:  I know, just ask my last girlfriend (Ha! Zing!). Reflect again on our recent noozmedia blockbusters – we have the mass faux-zombie outbreak and Ebola, the new “Cold War” with Russia replete with nuclear threats from neo-cons, the climate apocalypse of global warming, and myriad other absent crises always on the horizon. What does come in a steady stream is manufactured fear from PR companies and think tanks. 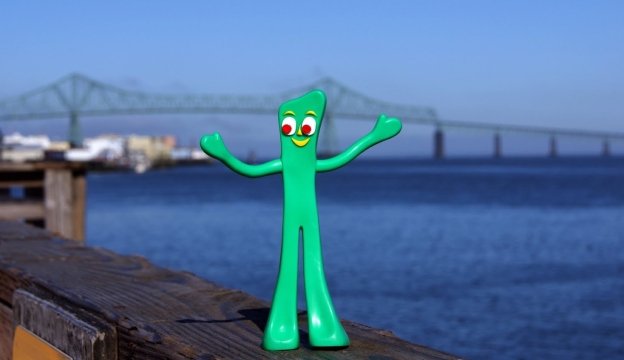 Liberated from all identity, free to be Me.

So what if, instead of the end of civilization coming, not even with “a whimper and not a bang,” it sneaks upon us with a gradualism of monomaniacal trademark mediocrity? This is not to say there won’t be economic collapses or mass disasters and pandemics, but those phenomena tend to have a short lifespan for fear-porn ends in the grand scheme – only a few months or years tops in mass media marquee letters. What if the coming global end comes through monoculture and the new world order sloughs and waddles its way down the frozen pizza aisle with supremely boring methods, like Candy Crush, corn syrup and consumerist standardization? The nightmare of the now – silly-putty people of the Novus Ordo devolve into a Gumby-like cut-outs that can be molded, shaped, dissolved and coagulated as GloboCorp sees fit through much more subtle, dull means than mass cataclysms. The energy of revolutionary impulse becomes packaged as an energy drink!

Mass cataclysms are messy, so in their place I’m pitching a substitute, staged reality show on Netflix called Real World: Mass Cataclysm. It follows a group of properly diverse genderless bean-like creatures that struggle to survive inside, not a cave or a deserted island, but a Wal-Mart. Surprisingly, we don’t already have a reality show about androgynous beings attempting to live on different aisles of Wal-Mart Estates, but I’m reasonably hopeful. The pilot plot might involve one of the genderless beings finding an old bottle of Randy Beef Grass pills stashed away in a locker, and upon their ingestion, the inkling of some testosterone and testicular fortitude cause the middle-aged protagonist to enter puberty. The asexual employee collective shouts him down with chants of “racism,” and in an orgy of break-room celebration, removes his newly-blossomed male organ for ritual immolation. That way, the rest of the viewing world can think there are mass cataclysms and pandemics running rampant, but since they never leave their techno-hovels, they’ll never know it’s all staged in a completely mundane, yet absurd way. After it airs, Aldous Huxley gives it 4 stars and two packs of gummies – thumbs up! 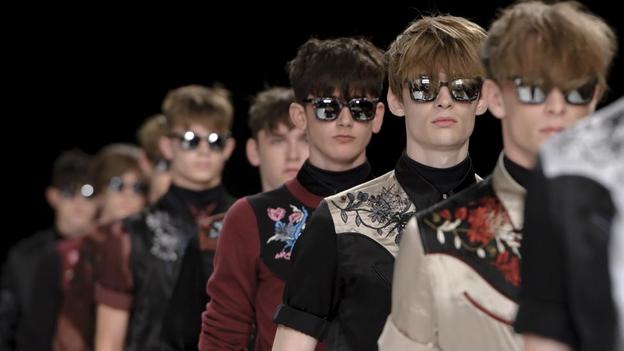 So trendy, so original, so free!

The apocalypse is now, not 10 years from now, when the fiat currency falls flat from derivatives or when the bio-outbreak causes President Morgan Freeman to address us in his blessed God-voice.  The apocalypse now is your local box store, your iPhone and your plastic breasts and penis-enhancement pill (both possessed by the same being!).  The feminization of society skips hand in hand with a bearded trendy to the castration barn, where men are made vaginal and women are made penile.  Men with breasts, and women with lats and traps – that is the dystopia now, not masculine Mad Max and a resource war for water and gasoline.

Our dystopia is the viscous mediocrity and standardization of all things into an aisle at Target, where gender, religion, nationality are interchangeable with Pepsi, Coke or Jolt (Jolt being the really sweet gender of choice). The effects of the Cold War had a tremendous part to play in the rise of the fears of losing what the West had, but the present covert warfare is more akin to the effects of the cold on one’s manhood. Like Osiris and John Wayne Bobbitt, it is now time for men to lop off those members and place them on the altar of equality, moving to mass line 69Z for Gumby-fication processing. The Mammy State demands it, and she demands it be boring.

For all of Jay Dyer’s works on philosophy, science, geopolitics, culture, and conspiracies, visit Jay’s Analysis.