In this interview with Russian journalist Konstantin Kachalin, international award-winning Serbian film director Emir Kusturica shares his thoughts on man’s spiritual trajectory, the kinship between the Serbian and Russian peoples, Western materialism, and international capital’s lifeblood – war. Kusturica, born into a Bosnian Muslim family, was baptized into Orthodoxy in 2005, thereby returning his lineage to its original faith. Translated by Mark Hackard.

Why do you always try to tell people the truth in your work, even if sometimes it’s not very pleasant?

In the beginning I was shooting films in a way that wouldn’t shame me in front of my parents, friends, and teachers. I never thought about receiving Oscars or the Cannes Palm D’Or for it. I was simply making good cinema for people. I’m sure that if I set myself the task of shooting a film that would receive every award imaginable at the very beginning of my cinematographic career, I wouldn’t amount to anything in life.

I had moral principles, and I set myself the task of telling people the truth. That’s why I’m known and watched in the world today. Human life and civilization cannot develop without powerful ideas. An apartment, car, money, the good life – these aren’t bad things. They become false when they turn into the goal of one’s entire life. Each of us should have a goal in life. But if things are transformed into life’s main meaning, its basic objective, then nothing will result from this, and so you won’t make anything of yourself.

There should be a main idea, a main goal that leads us through life, and one that leads us spiritually. We must define our task and choose our path. Only then can we receive what we desire. The idea itself will bring us to the results. A rich man can be good, yet if he conditions himself his entire life to become rich, then his life is pointless. Everything that has a spiritual idea leads to man reaching a positive goal. If we turn everything upside-down, then it will be difficult to achieve anything. 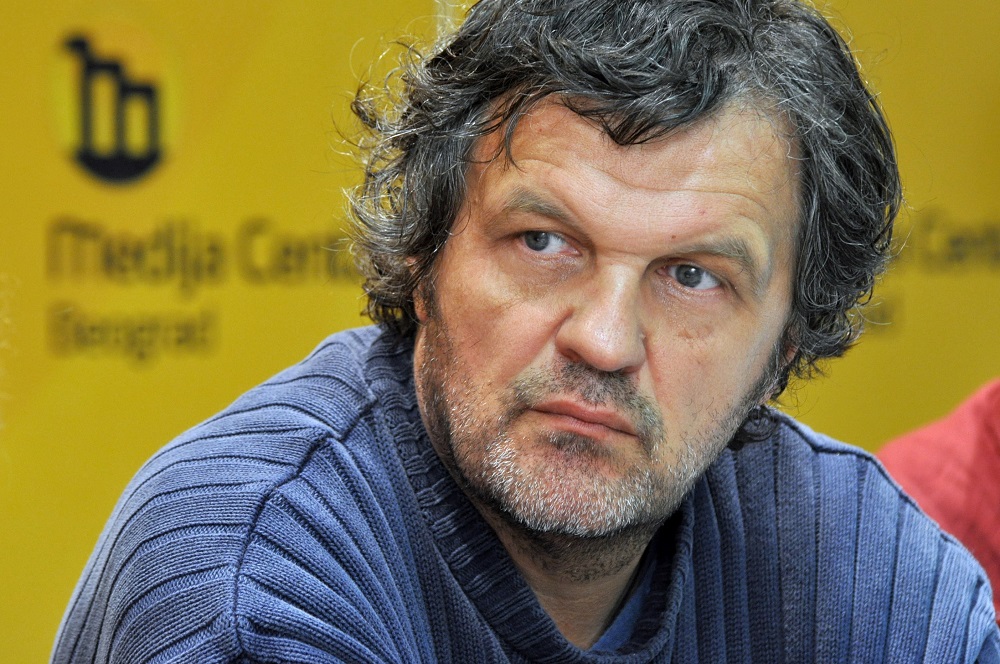 Modern technologies, the internet, etc. are every more attaching man to themselves. Each of us is under the control of Big Brother, even if we don’t often account for this. Are we turning into robots that will ultimately lose their spirituality and individuality?

Today the world is full of high-tech pagans. This paganism doesn’t benefit man; he is under constant technological control. His brain and all parts of his body are controlled. Everything that happens to us is accessible to new technologies, but we cannot claim that today’s man is better than in the age of the Renaissance. We cannot say that industrial-age man is better or worse then today’s high-tech man, but moderns are left without a spiritual reference point. What remains in them are not very kind intentions, and some want to dominate others and enslave people. What does God give to man? He gives him the uniqueness that is being leveled in today’s world. Man is divided not into two parts, but several.

High-tech man today is more inclined toward biological rather than spiritual life. Only material values interest him; he is a pagan of technologies. And today this pagan opposes the divine man, about whom Dostoevsky spoke. There was a very interesting study conducted by the Americans – they were choosing the best writer of all time and all peoples. Lev Tolstoy took first place, and Dostoevsky wasn’t even in their list. They’re bothered by Fyodor Mikhailovich’s deep view into the human soul. I don’t want to say anything bad about Tolstoy, but with Dostoevsky we discover man’s soul and his inexhaustible possibilities. And he converses with us today in the contemporary language each of us needs. He calls us to spirituality.

The modern high-tech pagan is happy with more; he is a consumer and doesn’t ask questions. He loses individuality and becomes part of a controlled mob. He has no soul. Today the majority of Serbs and Russians are also transforming into high-tech pagans in imitation of Western models of culture, and not the best ones. There’s also much of interest in the West, but the youth is choosing the worst – high-tech paganism. I hope that there great changes will also occur in the West, for one cannot live without spirituality.

You are often in Russia and have many friends here. What do Serbs and Russians have in common? And why did our countries experience so many human tragedies in the twentieth century? What was the point of such suffering?

The peoples of our countries suffered many tragedies. Russia is a land targeted by invaders from Napoleon to Hitler. With its vast territories and natural resources, your state has always been a prize for those who warred against it. The suffering of Russia’s peoples is an enormous historical enigma. Should the Russian people have suffered so? They have indeed experienced what no other people on the planet have. Serbia also underwent no small number of human tragedies. We lost two thirds of our labor force. If not for the First World War, there would by 40 million people in Serbia today instead of 9 million. Historical circumstances constantly draw us into these human tragedies, these wars.

Other Slavic peoples managed to adapt to historical circumstances. The Czechs, for example, were able to find a compromise with the invaders. The fascists were much more merciful to them than to the Russians and Serbs. But Yugoslavia fell into a historical trap in World War II, and Britain took advantage of that. The Serbs went out on the streets and protested against Hitler, and Churchill gave the command to all Europeans to fight against the fascists and stop Hitler from seizing Europe. We obeyed Churchill, and on March 27th, 1941, the people went into the streets. All of this was organized by British intelligence, which was carrying out Churchill’s directives. After that Hitler gave the order to bomb Yugoslavia. They always bomb us: both the Allies in 1944 and NATO in 1999. 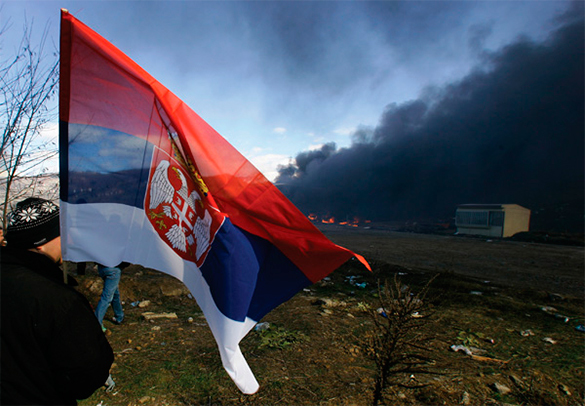 Today’s world is arranged to be have an interest in constant wars. Despite the fact that wars in literature are condemned and the majority of people are against war, modern war has transformed into a profitable business. This is an eternal enterprise that thinks only of how to make money off human misery. And the major hypocrisy of the modern world is that those who organize wars simultaneously finance anti-war movements.

Humanity’s fate is braided into a tight knot impossible to unravel: from war to profit, and from profit to a new war. Thus capital and enormous fortunes are created. Modern wars are waged under the slogans of democracy and humanitarianism. The war that resulted in our losing Kosovo was called Merciful Angel. And no one asks the main question – why?

In Vietnam 4.5 million people died, in Iraq today there’s already a million dead, and in Afghanistan people are dying daily; we’ll never know the real figures. This speaks to the fact that capitalism is the main military enterprise. If an angel descended from the heavens and told Bush that there would be no more wars, everyone would be jobless. Wars give the push for new technologies and make men go further. I’m against war, but it’s a component part of human history and its tragic development.