Roll over, monarchs! The world is now run by virtuous, informed citizens who jealously guard their liberties and work tirelessly to keep themselves abreast of the latest legislation and geopolitical developments. Thanks to the Enlightenment, humanity was awakened to its own inner potential. We saw the divine spark within ourselves, and realized we are our own true masters. I am the Captain Crunch of my own destiny. Humans across the globe for the first time in history became conscious of their political sovereignty and rose up to install masonic republics where the hallowed institution of law would rule.

Prior to that moment, all men were trapped in a dark age. This gloomy epoch of aeons past was one in which kings ruled, and these kings were vile, religious brutes who persecuted innocent witches, all based on phallocentric superstitions. Truth be told, these power-hungry men feared the divine potential of the vajayjay and knew if woman was released from her domestic prison, the triumph of human rights would break the chains of global self-imposed bondage. Billions of innocent witches were burned by entities like the Catholic Church, which in Salem alone killed a million fearless women at the Witch Trials, as recorded for posterity by Arthur Miller. 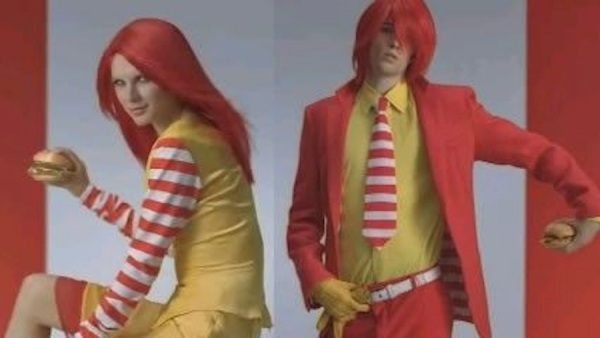 In our own day, we are subject to the tyranny of unsustainable population growth and right-wing religious fanatics. Religion still reigns in the minds of the backwards and superstitious, who are incapable of recognizing that science has already left them behind. Through science, we will soon be able to download our minds into a zip drive, and science has proven this. As in the film Lucy, we will be able to achieve immortality through technologies akin to Aladdin’s genie lamp. With the rise of Artificial Intelligence and cloning, we will soon be able to have sex romps with dinosaurs and robots, as well as dinobots, just as wo-man was always destined to do. Let freedom ring!

So today, I want you to take a deep breath, meditate with me, and believe in yourself. Stop for a moment and smell the flowers – touch that unicorn. Feel it, let the bodacious unicorn slowly take over your mind. Now very slowly, find your heart in your mind. Let your heart skip freely into a field, singing in exaltation. Sashay after your heart into a dark glade. Now tackle your heart, and slowly punch it until blood runs forth. Kick the ever-loving crap out of your heart. In its place, let the unicorn spirit arise. You have now conquered your dreams! If you think it, it will come…like that one movie said.

Read all of Jay Dyer’s work, from geopolitics, philosophy, and science to the esoteric in culture as well as satire, at Jay’s Analysis.